A selection of some of the television programmes, feature films and commercial campaigns we've worked on.
For a complete list of our work please download our CV or visit our About page. 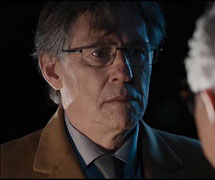 A trusted driver must deal with his dead boss' Muslim mistress, her dark past pulling him into a life-and-death showdown with her notorious gangster cousin/ex-husband. 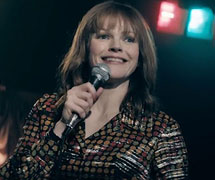 Maxine Peake plays the gritty role of 'Funny Cow', a comedian who breaks through the glass ceiling of the all-male 1970s comedy circuit to rise to stardom.Set against the backdrop of working men's clubs in the North of England, FUNNY COW is both a love-letter to a bygone era and the defiant story of a woman who refuses to give up her dreams. 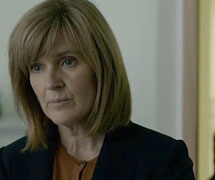 A faithful Jehovah's Witness is forced to shun her own sister because of a religious transgression. As the separation draws out, she starts to question the meaning of God's love. "One of the year's strongest British Films" The Hollywood Reporter. 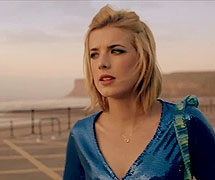 When Lily O'Connor, a witty, sexy, searingly defiant Northerner with temporal lobe epilepsy and a traumatic past finds out that the brother she's long thought dead could still be alive, she risks her life to go in search of him. Like The Diving Bell And The Butterfly, Electricity is a journey through the real world and through the wildly hallucinatory, disturbing inner world of epilepsy. The film stars Agyness Deyn (Pusher) as Lily O'Connor with support from Lenora Crichlow (Being Human), Christian Cooke (Cemetery Junction), Paul Anderson (The Sweeney), Tom Georgeson (Notes on a Scandal) and Alice Lowe (Sightseers). 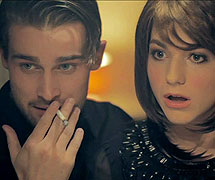 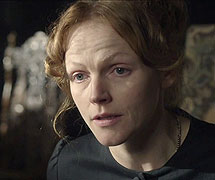 Maxine Peake stars as Anne Lister in the biographical drama about a Yorkshire landowner, industrialist, traveller and diarist. She has been called Britain's first modern lesbian who, despite needing to keep her sexual orientation secret from society at large, in private defied the conventions of her times by living with her female lover Marianna (Anna Madeley). Lister kept a detailed account of her life in a fascinating and painfully honest journal. The script by Jane English drew from Lister's own diaries, written in code, and decoded many years after her death. The film went on to win many awards with outstanding performances from an amazing cast including Susan Lynch, Christine Bottomley, Gemma Jones and Dean Lennox Kelly. 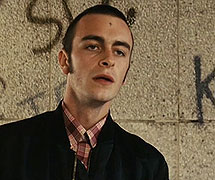 Set in 1983, This Is England is Shane Meadows award winning semi-autobiographical story of a fatherless 12-year-old called Shaun, who falls in with a bunch of skinheads. When the racist Combo arrives on the scene, the racially mixed group is torn apart. The film is a powerful, richly detailed evocation of the period, one Meadows has since explored further in TV sequels This Is England '86 and '88. We provided casting for the male leads Joseph Gilgun (Woody) and Andrew Ellis (Gadget). 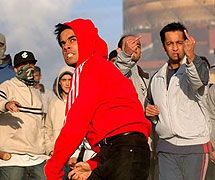 On the 7th July 2001 the Manningham area of Bradford witnessed the worst rioting in mainland Britain for 20 years, a result of tensions fermented by the National Front and the BNP. Written and directed by Neil Biswas, Bradford Riots tells the story of that night of vicious rioting from the perspective of a group of young Asian men whose lives, families and community have been defined and decimated by the events. 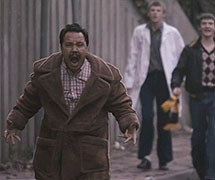 Awaydays, based on the bestselling novel by Kevin Sampson, is set during the post-punk era in Birkenhead. Nicky Bell stars as 19-year-old Paul Carty, a bored, middle-class, junior civil servant who becomes involved in 'The Pack', a gang of 'casuals' who live for drugs, music, casual sex, football and fighting. As his relationship with fellow Pack member Elvis, played by Liam Boyle, begins to verge on the destructive, Paul finds himself plunged into a violent world from which he cannot escape. 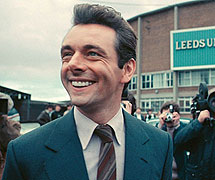 Based on the controversial book by David Peace, The Damned United tells the story of Brian Clough's 44-day reign as manager of Leeds United in 1974. When Don Revie quit Leeds to become the England boss, the outspoken Brian Clough took charge. Determined to impose his own style upon Revie's tough tackling team, Clough soon alienated his players and the board. We provided additional casting in Leeds. 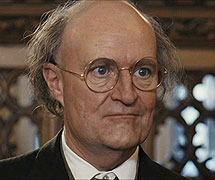 Based on Kevin Sampsons novel Outlaws, The Crew is a crime drama set amidst Liverpool's criminal underworld. As a major heist approaches and with betrayal all around him, respected crime boss Ged Brennan, played by Scot Williams, has to summon all his street nous and killer instinct to fight for survival. The film also stars Stephen Graham and Rory McCann. 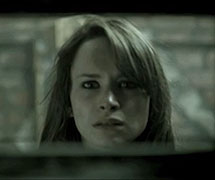 Troubled teen Sophie, played by Holly Weston, drags her friends deep into the Welsh Forests in search of a local legend - a dangerous wild beast, half animal and half human, that uses its cunning and strength to brutally kill for pleasure. The film also stars Sol Heras, Stephen Martin Walters, Sacha Dhawan, Sadie Pickering and Jonathan Readwin. 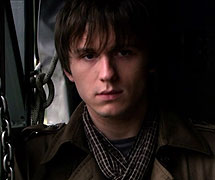 Starring Liam Boyle, Alfie Allen and Ralf Little, Powder tells the story of Liverpool band The Grams as they go on an unflinching journey through the music industry with all the trappings of drugs, sex and rock 'n' roll. The film is based on the book of the same name by the bestselling author Kevin Sampson with music performed by Starsailor's James Walsh.